Venice Biennale 2014: Israel Explores The Urburb, a Neither Urban nor Suburban Landscape 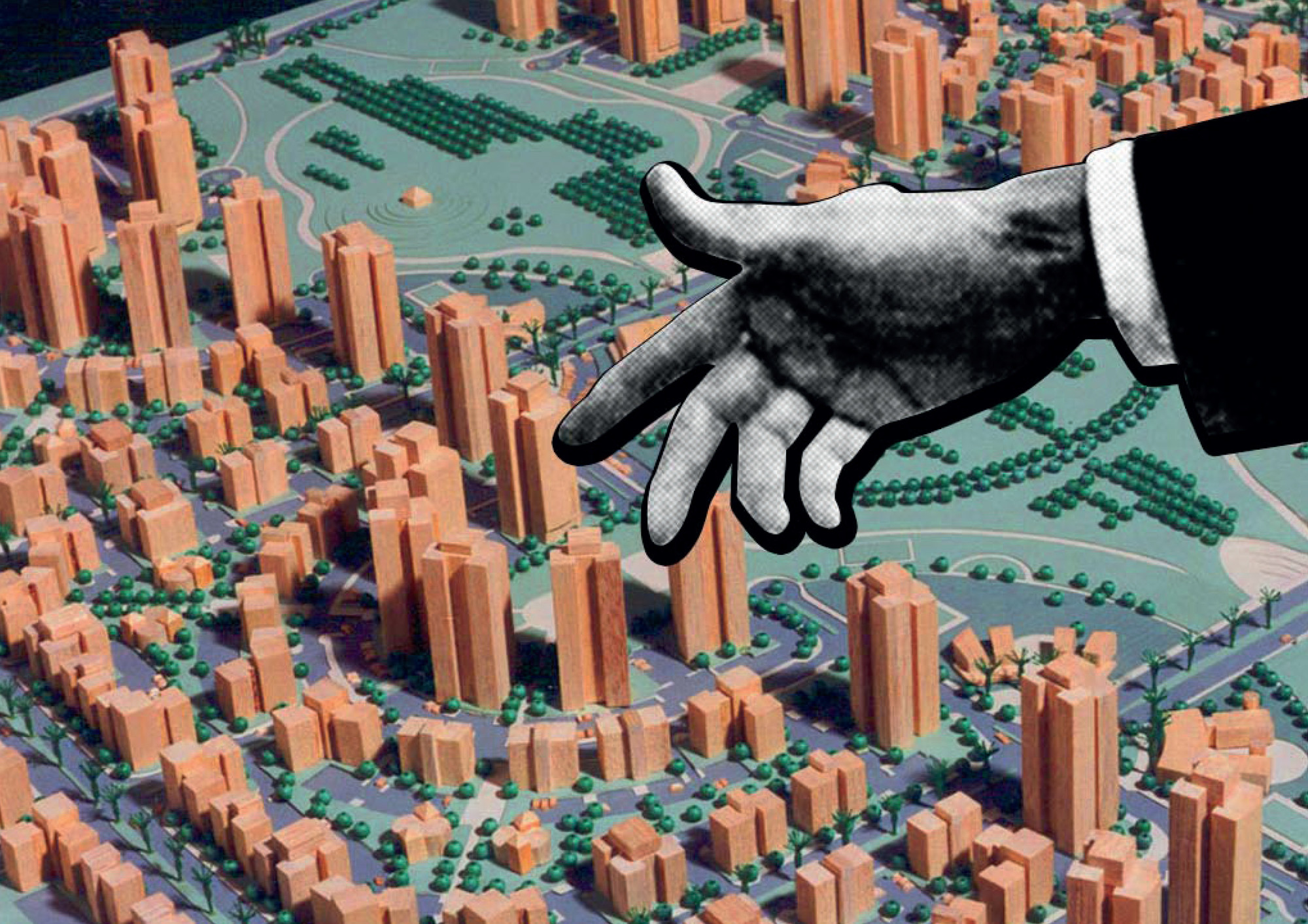 Neither urban nor suburban, the Urburb is a fragmented mosaic of one hundred years of modernist planning in Israel: early twentieth century garden-cities, mid-century social housing and generic, high-rise residential typologies of the past two decades. These residential mutations dominate the contemporary Israeli landscape, expanding and replacing existing textures, in an endless, repetitive cycle.

The driving force in the planning and building of the new country was essentially anti-urban. From the first Jewish settlements of the nineteenth century, the city was never an option. The initial Sharon Master Plan from 1951 aimed at dislocating the urban centers and spreading the population into numerous readymade towns, often built in rural areas. These sparsely populated New Towns often adopted arbitrary building plans lacking any form of street life. The Sharon Plan attempted to accelerate a long-term historical process in one heroic decade. Indeed, over four hundred towns were quickly erected according to the Plan’s guidelines.

This top-down approach is emblematic not only of the Zionist ideal of centralized planning, but also of the modernist desire to constantly reshape and reinvent the present. Israel’s hybrid landscape manifests the conflicting demands of the modernist machine: to create small egalitarian communities while accommodating large and diverse populations, to spread-out while closing in, and to reconnect to the land but through a planning system that treats the surface as a blank sheet of paper.

Urburb, a neologism referring to the contemporary mesh of urban and suburban sprawl, is more than an architectural phenomenon, it is a state of mind and a form of life. Today, in the wake of one hundred years of modernism, it is time to explore its dynamics and understand the life it has fostered.

The installation explores these themes not only through the data displayed but also through its performative affect. The visitor enters a modernist construction site, filled with automatic machines that sketch on sand, erase, and sketch again. Each scenario takes about three to five minutes, and every printer presents a few scenarios grouped under one theme—overplanning, evolution of buildings, pattern language, and erase and print dynamics. 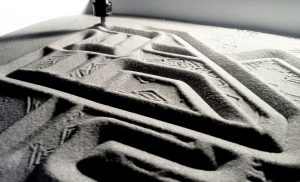