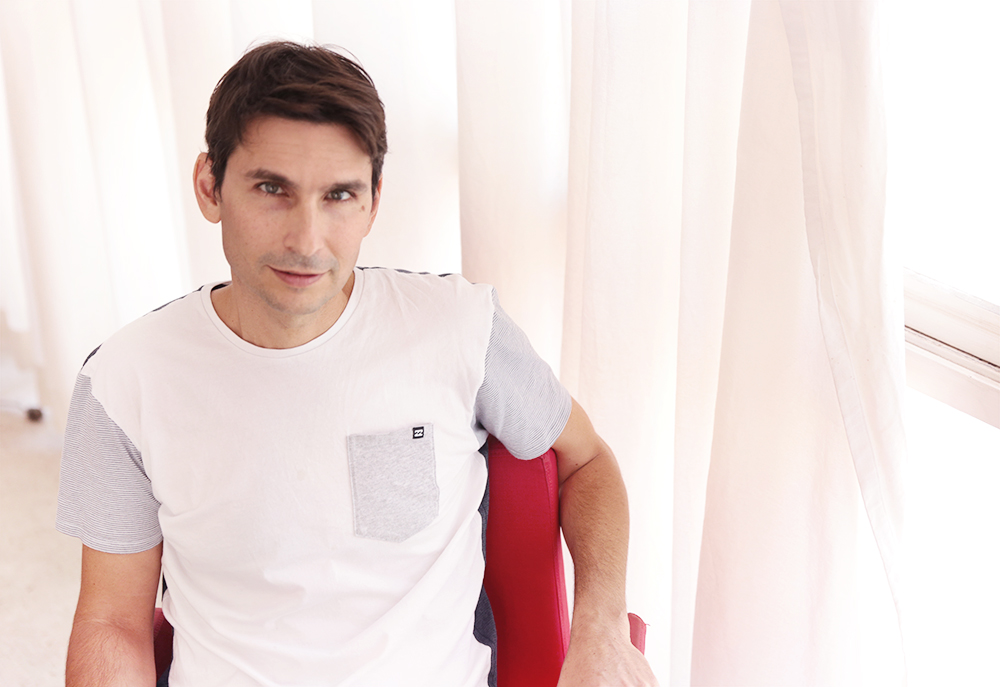 “Tel Aviv is known as planners-hell” says architect Ori Scialom, founder and owner of Stability Studio in Tel Aviv and a former architect at Jean Nouvel’s atelier in Paris. Perhaps that’s the reason why, aside from the variety of projects he designs, Ori has been teaching and coordinating the second year studies of architecture at The Bezalel Academy of Arts and Design in Jerusalem, and recently co-curated The Urburb – Israel’s pavilion at the 2014 Venice Biennale – praised as one of the top exhibitions in Rem Koolhaas’ Fundementals.

GM: Stability Studio – when and why did you start your practice?

OS: Stability Studio originated as a creative collaboration between Architects and civil engineers: The concept was to produce the envelope of a ‘one-stop-shop’ – maintain a better control of the design, a faster service, and reduce costs: paradise. it took about a year (back in 2009) to understand that it doesn’t work; the concept might be brilliant, but the reality is tough. I started a new office, but the name remained. Today, Stability focuses on architectural planning and is always looking for interesting collaborations, such as the recent Venice Biennale for Architecture.

GM: Tell us about your office in Tel Aviv – what is the space like? what do you like about it most?

OS: The space is wide and full of natural light, penetrating the studio by floor to ceiling windows and shaded from the outside by Brutalist asbestos Brise-Soleil from the 1960s. It was discovered by the architect Yehoshua Gutman, who somehow managed (following prolonged attempts) to persuade the owner to let him renovate the space in return for a cheap, long-term lease. The studio is divided into three parts, and is shared with two other architectural firms: Gutman-Assifand Alon Bin Nun‘s studio. It is perfectly located between the center and the south of the city, on the rapidly-changing Yehuda Halevi street. I like the fact that I can easily use the bike to reach any direction of the city, lay on the couch in the evenings or even have a late drink at the bar in the basement; but, mostly, what I like about it, are the people whom I work with: I am lucky to work with an excellent and talented team.

GM: What do you see as the biggest challenge about designing in Tel Aviv?

OS: Tel Aviv is known as a “planners-hell”: it is over-regulated and extremely bureaucratic, so the first challenge is actually just receiving a permit. On the quality aspect, the biggest challenge would be to design simply and radically at the same time, while still fitting the diversified, local background. Beyond the veil of the ‘White City’, visual noise is everywhere. Every building is an independent design in full volume. The real challenge is to create a shift towards simplicity and performance. The local architecture will be exciting when it will seize the vibe of the city, and translate life to schemes and simple forms. 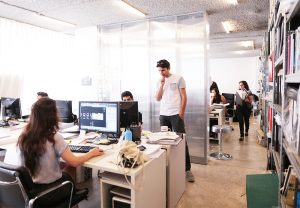 Read the full interview with Ori, including photos of his Tel Aviv-based studio by Sarale Gur-Lavy